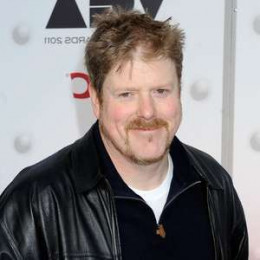 John DiMaggio is an American actor, voice actor, and comedian, known for his gruff voice, and for his work as Bender from the television show Futurama. John is a native of North Plainfield, New Jersey and he grew up there. After getting into career, he moved to Los Angeles, California. He provided the voice of Bender on Futurama, created by Matt Groening and also voices the character Manly Dan on Disney's Gravity Falls.

John DiMaggio's other voice acting roles include Jake the Dog on Adventure Time, Wakka and Kimahri in Final Fantasy X, Dr. Drakken in Kim Possible and Penny Pepper on Sanjay & Craig. He was honored with a precious award under the name Outstanding Individual Achievement for Voice Acting by a Male Performer in an Animated Television Production. John is married to Kate Miller.

Kate Miller is an American actress mainly known for her works in Stolen. They have been married since 2014.