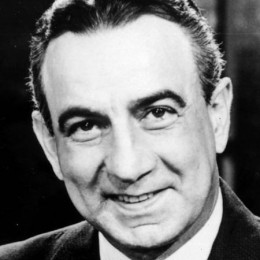 John Thomas Ralph Augustine James Facenda was an American sportscaster, best known as the narrator for NFL Films. During his time in NFL Films, he was known as "The Voice of God" by many National Football League fans. He enrolled at Roman Catholic High School in Center City, Philadelphia and later studied at Villanova University but dropped out. By TV Guide readers, he was voted "The Local Personality Most Worthy of Network Recognition" in 1954.

Talking about John Facenda's personal life, he was a happily married man. There is not much information about his love life. Details about his children have not been mentioned yet; either he didn't have any or might have kept the information away from the media. He died at the age of 71, due to lung cancer. He hadn't divorced his wife, but his death made her away from him. There is no any controversy and rumors about him.

She was the first and the last partner of late John Facenda. Details about her have not been disclosed yet.