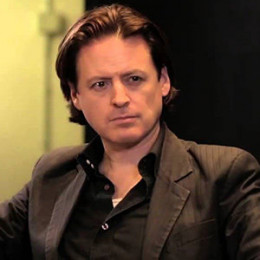 John Fugelsang is a versatile man who is involved in several professions including acting and TV work. He is active in the industry for years and from where he is making a great net worth and salary.

John Fugelsang married her girlfriend turned wife Charmien LaFramenta in 2004 in the presence of family and friends. Henceforth, the couple is inseparable.

The husband-wife pair moreover shares a child together. The name of their son is Henry Jack Fugelsang.

John Fugelsang holds the net worth of around $3 million. The actor makes the amount from his multiple careers as an actor and a TV personality.

John Fugelsang has worked as an acJohn Fugelsangtor in CSI, Coyote Ugly, and Providence. He has given his appearance as a comedian in the US Comedy Arts Festival and Just for Laughs festival.

Fugelsang moreover was the part of All the Wrong Reasons in Broadway theater. He has worked in Live Town Hall, America's Funniest Home Videos, and TV watercooler as a TV show host. John has also appeared on the political TV talk show "Politically incorrect".

John Fugelsang was born John Joseph Fugelsang on 3rd September 1969 in Long Island, New York. He is of German, Irish and Danish origin. John was born to an ex-nun mother and ex-Franciscan monk father.

The star moreover graduated from Tisch School of the Arts with a degree in television and film. Later, John went to Circle in the Square Theatre and studied theater.

Charmien La Framenta is a designer based in the US. They seem to be happily married and have a son.

There is not much information about Henry. In recent photographs, he seemed to be cute with blonde hair.