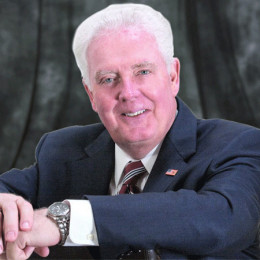 An American multi talented broadcast journalist, TV documentary producer, actor and reporter. In 1963 he started his broadcasting career at KRBC-TV in Abilene. He is also former anchor and reporter at KFDX-TV in Wichita Falls, KHOU-TV in Houston and WCPO-TV in Cincinnati. He worked as the main anchor news at Cleveland, WEWS which was very big shot for him. After he moved to New York city he joined WNBC-TV as a reporter and weekend anchor. He also released country-western album, Windmill in a Jet Filled Sky which was not so much commercially success. He has also made guest appearance in NBC-TV series Friday Night Lights. He died at hospital at the age of 73 due to terminal lung cancer.

Exploring his personal life he is happily married man. He is tied in knot with his very supportive wife. His wife was also diagnosed with Hodgkin’s lymphoma and she had to shave off her hair to undergo the treatment. In order to support her, he himself shaved his hair. This incident totally proves that how much he loved his wife and been a very supportive husband. Together they were parents of three children. He didn't disclose any information regarding his two children. She was with him during his last time in hospital.

She is victim of Hodgkin’s lymphoma. She was very fortunate to have him as her husband. He was very supportive to her.

He is very talented. He along with his late father in 2002 produced a documentary named "The Florida Highwaymen".