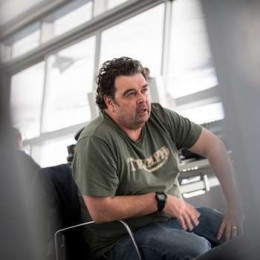 He is a sports commentator and broadcaster, best known for his commentary on ITV, Motors TV, Mobil 1 The Grid, XM Satellite Radio and the video game Need For Speed: Pro Street. He was a part of the online live stream for the Race of Champions alongside Bruce Jones and was the part of commentary team for American Le Mans Series. Besides, he has also worked for the reputed channel BBC.

As a matter of fact there is not much information available about him on the internet and so is his personal life. There is no any information available about his marriage and his wife. And the most important thing is his date of birth has not been disclosed to the media yet. Currently, he resides in Thrapston, Northamptonshire, United Kingdom. There is no any controversial issues related to him.