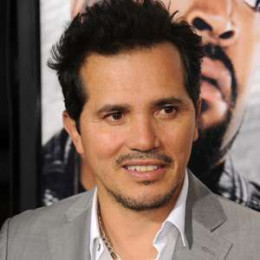 John Leguizamo is a Columbian-American actor, stand-up comedian, playwright, voice actor and screenwriter. He was born to father Alberto and mother Luz Leguizamo. His father was an established film director. John completed his studies from Joseph Pulitzer Middle School and then Murry Bergtraum High School. For graduate studies in theater arts, he went to Tisch School of the Arts and Long Island University C.W. Post Campus.

John Leguizamo made his film debut in Casualties of War (1989). He turned to live theater as a means of blasting Latino stereotypes through fierce comedic caricature. Leguizamo's onstage success led to lots of television opportunities. John has been married twice. He is currently married to Justine Maurer and has two children with her, a son, and a daughter. As of now, there are no signs of their separation.

Yelba Osorio is an American actress known for her works in The Pest, Shut up and kiss me, and Frozen Stars. They divorced after two years of marriage.

Justine and John first met in a Catholic-Jewish Ceremony. They dated for a brief period and then got married.

Allergra Sky is the first daughter the couple welcomed before their marriage.

Soon after the birth of first daughter they gave birth to their first son in 2000. He has also started his career in acting.