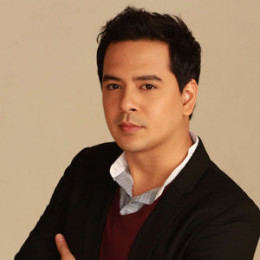 John Lloyd Espidol Cruz is a Filipino actor, model, and occasional TV host. At the age of 14, he became a member of ABS-CBN's Star Magic, where he became an alumnus of Batch 5. He was also a member of the then-teen trio called Koolits with Baron Geisler and Marc Solis. He is considered one of the most acclaimed actors in the country today and was recently inducted to the Philippine Walk of Fame by German "Kuya Germs" Moreno in Eastwood City, Libis, Quezon City. His movies and television projects are usually big hits with audiences nationwide.

Cruz was born as John Lloyd Espidol Cruz on 24th June 1983. He is the youngest child of parents Luisito Llora and Aida Espidol Cruz. He was called by his nickname "Juward" and "Idan" among his family and some close friends.

Cruz was later discovered by a talent scout in a mall while hanging out with friends. Due to his father's failing marble business, Cruz decided to enter showbiz to help his family recover from financial problems. He used to reside in Santolan, Pasig. He is currently residing in Valle Verde, an exclusive subdivision in Pasig.

John first appeared in the now-defunct crime and investigative series Calvento Files. This was followed by several guesting and shows. In 1999, he starred in the teen drama Tabing Ilog along with Kaye Abad.

Cruz is best known for his work on soap operas such as It Might Be You, Maging Sino Ka Man, I Love Betty La Fea, and Imortal. In mid-2009, he shifted from his regular series of roles for a more controversial role in the film In My Life where he played a gay character.

John Lloyd has been with numerous girlfriends. He dated Kaye Abad in 2012. The relationship lasted only six months as the couple admitted they were too young at the time. He is also known to have dated Krista Ranillo, Ciara Sotto, Liz Uy, Ruffa Gutierrez, and Shaina Magdayao.

John Lloyd Cruz was also in a relationship with fellow actress Angelica Panganiban. In May 2016, Cruz confirmed his split with Panganiban after being in a relationship for more than four years. They met each other when they were in a Holy Week break in Hongkong. However, they still text each other once in a while are good friends now.

After splitting with Angelica, he was rumored to be dating Maja Salvador, but the pair was quick to quash the rumors. Since 2016, the actor is dating Bea Alonzo. They were seen cozying up to each other in Balesin Island.

John Lloyd Cruz's net worth is estimated to be $6 million. His source of income includes his salary and earnings from his career as an actor.