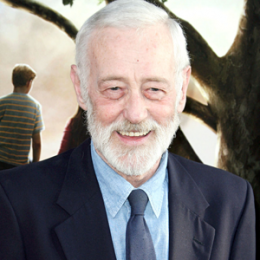 Anglo-American actor John Mahoney is currently single. He was born to mother Margaret Mahoney and Reg Mahoney. John studied at Quincy University, Illinois, before joining the United States Army to speed up the U.S. citizenship process. He started his career on the stage in 1977 as the body double for Steve McQueen. John won Broadway's Tony Award for Best Featured Actor in a Play for his performance in John Guare's The House of Blue Leaves.

Formerly, John Mahoney was an English professor, who taught at many colleges. John is widely known by the public for his starring role as Martin Crane on "Frasier". He also provided the voices for several characters in the animated film such as Antz, Preston Whitmore in Atlantis: The Lost Empire and Atlantis: Milo's Return, General Rogard in The Iron Giant. Mahoney has always kept his personal life as private as possible but in 2012 he revealed that he had several relationships but never married. There is no record of his past dating, girlfriend or affair.