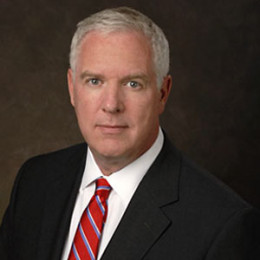 The Deputy Commissioner of Intelligence & Counterterrorism of the NYPD, John Miller is a son of Lucinda Miller and John J. Miller, a syndicated columnist, and writer. He is best known as the former Associate Deputy Director of National Intelligence for Analytic Transformation and Technology. John is a member of the International Association of Bomb Technicians and Investigators and the International Association of Chiefs of Police.

John Miller married Emily Helen Altschul, the daughter of banking mogul and Goldman Sachs Group partner Arthur Goodhart Altschul and a member of the Lehman family. In September 2005, John became the Assistant Director of Public Affairs at the FBI in Washington, D.C. From 1994 to 1995, he worked as deputy police commissioner of New York City, the chief spokesman for the NYPD.

John Miller was born on 1958 in the USA to Lucinda and John J. Miller, a syndicated columnist and freelance writer. He was raised in  Montclair, New Jersey. He attended Montclair High School where he developed his interest in news and reporting.

John Miller started his journalism career in 1983 in  WNEW, a local New York City television station. He worked as an investigative journalist for WNBC from 1985 to 1994. He also served as deputy police commissioner of New York City for a year as the chief spokesman for the NYPD. In 1995, he joined ABC where he covered the September 11, 2001 attacks.

Miller left ABC News in January 2003 and joined the police department's Bureau Chief for the Counter-Terrorism and Criminal Intelligence Bureau. He became the Assistant Director for Public Affairs at the FBI in 2005. In 2011 he resigned from the position of FBI to work as a senior correspondent for CBS News. After two years he left CBS in order to take a position as the Deputy Commissioner for  Intelligence & Counterterrorism with the NYPD

Miller's received  Peabody Awards, a DuPont-Columbia Award, and nine Emmys for his contribution in the journalism field.

John Miller is one of the reputed personality in the field of journalism. He has an estimated net worth of million dollars. Previously, he worked in CBS and the average salary of CBS employee is $222k but Miller is quite experienced so he might earn more than the average figure.

Miller is a member of the International Association of Bomb Technicians and Investigators. He is an instructor at the FBI's National Executive Institute. He attended training in organizational change at Harvard University's John F. Kennedy School of Government and the Kellogg School of Management at Northwestern University.