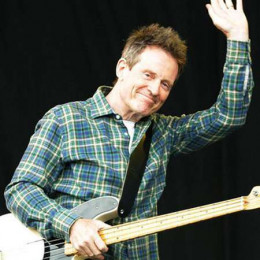 The England born bassist John Paul Jones is widely known for being the bass player of the legendary band, Led Zeppelin. Along with his bandmates Jimmy Page, Robert Plant and John Bonham the band gave many hits like Stairway to Heaven, Royal Orleans, Whole Lotta Love, Rock and Roll and so on. He started his professional career when he was 15 and started doing session works later on. Jones is also a music arranger and session musician who has helped to create many albums of some huge musicians.

John Paul Jones was born John Richard Baldwin on January 3, 1946, in Sidcup, Kent, England. His father Joe Baldwin was a pianist & arranger who taught Jones to play the piano when he was six. While his mother was also involved in the music world and his parents performed together on tours around England. 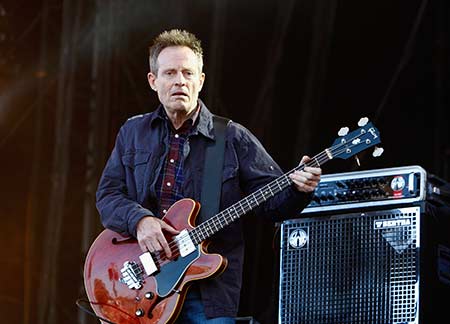 Earlier on, his music was influenced by Charles Mingus, Big Bill Broonzy and the classical pianist Sergei Rachmaninoff. He was sent to a boarding school when he was small since his parents had to travel a lot. Jones attended Christ's College in Blackheath, London and while his time there learned music. When he turned 14 he became an organist and choirmaster at a local church.

John Paul Jones is professionally a musician, songwriter, bassist, music producer and multi-instrumentalist who was the bassist of the legendary band, Led Zeppelin. He started his professional career at the age of 15. He first joined a band called The Deltas and then started playing bass for the jazz group Jett Blacks. Jones was a session musician & arranger who had to arrange 50 things monthly and he used to complete three sessions a day which was starting to feel like a burden as time went by.

Since everyone has a stage name which they use to represent themselves, he chose John Paul Jones as his stage name. The name was suggested to him by his friend Andrew Loog Oldham. While he was with the group he also continued doing session works and arranged music for Madeline Bell's 1974 album Comin' Atcha.

Jones also played the bass for Family Dogg's album A Way of Life and Roy Harper's album HQ. Along with his bandmate drummer John Bonham, he played bass for songs Wings' Rockestra and Back to the Egg. Jones' solo albums include Screen for Help, The Thunderthief, Zooma, and The Sporting Life.

John Paul Jones was a member of the legendary English rock band named Led Zeppelin which was formed in 1968. He was the bassist & keyboardist for the band and other members were Robert Plant the vocalist, Jimmy Page the guitarist and John Bonham the drummer.

The band was formed after Jones met guitarist Jimmy Page while working as a musical arranger for Donovan's Hurdy Gurdy Man and  Page was working at the session there. They got to know each other well and Jones asked Page to let him be a bass player of the new band he was forming. 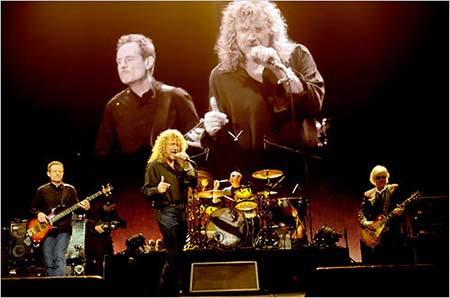 Eventually, Jones joined the band along with vocalist Robert Plant and drummer John Bonham which was named Led Zeppelin. The band started giving many hits like Stairway to Heaven, Whole Lotta Love, Rock and Roll, Royal Orleans and much more. They began to go to concerts winning over the hearts of many people.

Jones delivered his baselines for songs, The Lemon Song, Ramble On, Black Dog and so on. The band had all kinds of musical influences in their songs and also had funk & rhythmic grooves which was enjoyed by everyone. Some of their hits include

Jones and bandmates were successful and continued going on tours which were eventually started to become stressful and tiring. He thought about quitting the group in late 1973 since he was going into depression and wanted to the spend time to his family. So, he left the group and promised to return back.

However, it was in 1980 when the band finally disbanded after the death of their drummer John Bonham. They started pursuing their solo career and started achieving success on their own. At present, the Led Zeppelin members are doing a reunion tour in different locations like Austin Texas, Greater London and so on.

John Paul Jones is estimated to have a net worth of $80 million and $90 million according to The Richest and Celebrity Net Worth respectively. His share of the Led Zeppelin back catalog and his past earnings sum up to a wealth of £45 million. Jones' company JPJ Communications and the Separate Cap Three had assets worth £9 million in 2009-10.

In 2007, his estimated earnings from the compilation album Motherlands with Led Zeppelin band led him to earns $3.6 million. Whereas in 2012, he earned $579,499 from the live album Celebration Day with Led Zeppelin Band which was certified platinum by BVMI, Gold by Aria, BPI, and IFPI-SWI.

Zeppelin was regarded as an important and influential bassist, arranger and keyboardist who has inspired many big singers like Geddy Less of Rush, Gene Simmons of Kiss, Krist Novoselic of Nirvana, John Deacon of Queen and so on. He has been ranked among the best rock bassists of all time and was named the best bassist on Creem Magazine's 1977 Reader Poll.

Jones was awarded a Gold Badge Award in October 2010 by the British Academy of Songwriters, Composers, and Authors. The following year he was given the Outstanding Contribution Award at the Marshall Classic Rock Roll of Honor Awards. In 2014, he was ranked first among 20 most Underrated Bass Guitarists on Paste Magazine list.

John Paul Jones is married to Maureen since 1967. They have been married for 50 years. The couple is residing in West London and is the proud parents of three daughters Kiera, Jacinda, and Tamara. 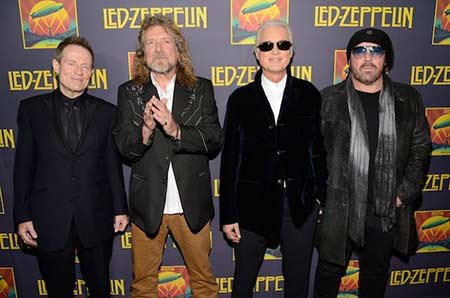 The band's song Royal Orleans emphasizes the time when John Paul Jones set his hotel room on fire. During their stay at Royal Orleans hotel in New Orleans, Jones had mistakenly taken a drag queen to his hotel room and fell asleep with a marijuana joint in hand. The next day when he woke up his room was filled with fireman and he realized he had set the whole room on fire.

The couple tied the knot in 1967 and has been married for 50 years. They are proud parents of three children.

The couple gave birth to their daughter Kiera. She has two other sisters Jacinda and Tamara.

The couple gave birth to their daughter Jacinda. She has two other siblings Kiera and Tamara.

The couple gave birth to their daughter Tamara. She has two other siblings Kiera and Jacinda.