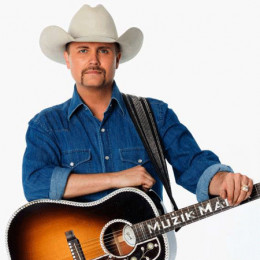 An American country music singer-songwriter who is band member of the duo Big & Rich, the group that released the hit "Lost in This Moment." He is son to Jim Rich, a baptist preacher. He completed graduation from Dickson County Senior High in Dickson. For the first two albums, he worked as the bassist for the country music band, Lonesta. In 2002, he formed the duo Big & Rich alongside with Big Kenny and released popular albums like Comin' to Your City, Horse of a Different Color and Between Raising Hell and Amazing Grace. In order to promote John McCain presidential election in the 2008, he wrote song "Raisin' McCain". Beside singing, he is also a former host of popular reality show on Country Music Television named "Gone Country".

He is happily married man. He is tied in knot with his longtime sweetheart. Together the couple is blessed with three sons. He is family man and according to him he loves to spend time with his family. There has been no report of any kind of affairs and extra marital relationship before or after his marriage. Since couple is living happily sharing love and mutual understanding there is no question of rising the condition for divorce.

She is very beautiful and gorgeous. They have already crossed seven years of relationship. Together the couple is parents of three children.

He is the eldest child of the family. He is really cute.

He was born very healthy. He is adorable kid.

He is the youngest child of the family. He is a really cute kid.