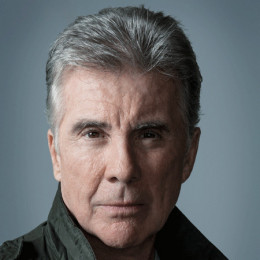 An American television personality, host, criminal investigator, human and victim rights advocate who gained world wide popularity as the creator of America's Most Wanted. He graduated from University at Buffalo. In starting of his career, he was involved in building high-end luxury hotels. He is also known for his anti-crime activities and his extreme hatred of criminals after the brutal murder of his son, Adam. He was also the former host of television show like Mike Wallace of 60 Minutes.

He was involved in a controversy after he suggested women to never hire a male babysitter which was considered as a blatantly sexist remark. Exploring his personal life he is a married man. He married his high school sweetheart after finishing his college. Together they are parents of four children. Sadly he had to face the death of his six-year-old son. His son was abducted from a Sears department store and later after sixteen days, his severed head was found in a drainage canal. Later a serial killer named Ottis Toole confessed the crime.

John Walsh was born as John Edward Walsh Jr. on December 26, 1945, in Auburn, New York. He holds an American nationality and belongs to the white ethnicity. He attends the University at Buffalo.

In 1971, he shifted to South Florida and involved in the making of high-end luxury hotels.

Walsh began his television career in 1983 in NBC television film. In 1988, he launched America's Most Wanted in collaboration with Fox. Even, he hosts a show, The John Walsh Show and helped the missing family.

He was a guest in the Extreme Makeover and visited the home of the six-year girl, Morgan Nick who has been missing since 1995. His life story was featured on The E! True Hollywood Story and Biography.

Currently, John host, The Hunt With John Walsh since July 13, 2014, which was telecast on CNN/US. The show is similar to his previous show, America's Most Wanted.

John faced a great deal of controversy in 2006 during the summer press tour when he jokingly stated senators to implant "exploding" chips in the anus of sex offenders,

"I said implant it in their anus and if they go outside the radius, explode it, that would send a big message." Walsh stated this was a "joke," but that "nobody thought it was funny."

Later he suggested his statement as implanting GPS chips in such criminals. He went through criticism when he advised women to never hire a male babysitter, which was seen as a blatantly sexist remark.

The 71-year-old multi-talented personality, John is happily married to Reve Drew in 1971. The couple welcomed their first son, Adam Walsh on November 14, 1974.

His son was kidnapped from Sears department store at the Hollywood Mall when he was with his mother and after sixteen days, his severed head was found in a drainage canal 120 miles away from home.

In an interview with local newspaper, Reve said,

"There is no substitute for Adam and Meghan will make me miss Adam more."

Meghan is a well-established singer and fashion designer who currently resides in Vero Beach along with her daughter, Eva. Once Larry King on his mentioned, Hayden resembled Adam.

John was selected as one of the 50 most beautiful people in the world in 1996 by people magazine. He has earned a quite impressive net worth from his career which is estimated around $10 million.

They got married after finishing their college. Together they were parents of four children. Sadly she had to face untimely death of her eldest son after he was murdered by a serial killer. In 2002 she even filed divorce against him but later they got reconciled calling off their divorce.

He was the eldest son of the family. Sadly he was murdered by a serial killer when he was just six years old.

She was born after a year of the murder of her brother. Currently she is an artist and resides in North Carolina.

She is very beautiful and resembles more like her mother.

He is the youngest child of the family. Currently he is in his high school.