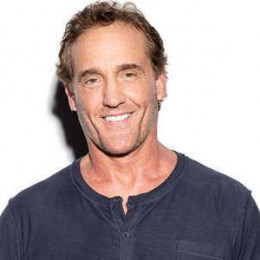 American actor and director John Wesley Shipp is currently single.His popular television series isThe Flash ,he has a lead role in a series in the character of Barry Allen.He has played in soap operas such as Guiding Light ,As The World Turns.From his soap opera The World Turns he won his first Daytime Emmy Award.John is the son of a farmer,his father was the Minister at church.

John Wesley Shipp played two versions of the Flash named Barry Allen in the 90’s TV series and Jay Garrick ,the Golden Flash.The NeverEnding Story II:The Next Chapter is his first movie ,John has a character of Barney Bux in this movie.He began his television career from the series named The Dirtiest Show in Town.There is no information abou his affairs in social sites.