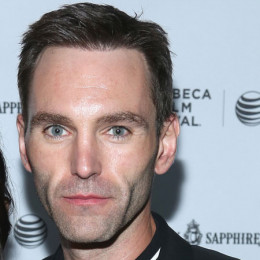 John McDaid aka "Johnny McDaid" is a songwriter, musician, recording artist and producer, best known as the member and musician of the rock band Snow Patrol. His songs have been featured on many television shows, such as The Hills, Pushing Daisies, Grey's Anatomy, One Tree Hill and Defying Gravity. This talented man has written and produced tracks for singers like Carina Round, Ed Sheeran, Rosi Golan, Harry Styles, Ingrid Michaelson and many more.

Exploring his personal life, he is yet unmarried but seems like he is going to get married soon as he recenlty got engaged to his girlfriend. The couple announced their engagement via Twitter on 26 June 2014. The two are often spotted together at various events and programs and seems like they have a great bonding with one another. To know him better and get his daily updates we can follow him of Twitter @johnnymcdaid.