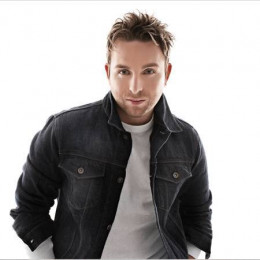 John Kirkland Reid best known as "Johnny Reid" is a country singer. He moved to Canada when he was 13. He studied at Turner Fenton Secondary School in Brampton and later enrolled at Bishop's University located in Lennoxville, Quebec. He performed at the 2010 Canada Day celebrations on Parliament Hill, which was attended by Queen and Prince Philip. At 2008 and 2009 CCMA Awards, he was named Male Artist of the Year.

Johnny Reid was born John Kirkland Reid on August 21, 1974, in Lanark, Scotland, UK. His father was a diesel mechanic. With an intent to provide opportunities for his two sons, Reid's father moved them to Canada. At the time Reid was 13.

He holds dual nationality, British and Canadian and belongs to White ethnicity. Reid attended Turner Fenton Secondary School in Brampton, Ontario and graduated in 1992. Later, he enrolled at the Bishop's University, where he met his wife, a kicker on the varsity football team.

Johnny Reid made country music and made debut in the music industry with the album Another Day, Another Dime, released in 1997 on JCD Records, but no singles were released from the album. In 2000, he released his second self-titled album but wasn't much of success. His three singles from the album were charted. His song Given Up on Me listed on the RPM Country Tracks chart and peaked #45. His another single Runnin Wild peaked #50. His most successful song from the album Wanna Hear just missed the Top 40 of the country chart, listing at #41.

In 2004 he released a single You Still Own Me which charted in at #20 in the Canadian country charts from his third studio album Born To Roll. The album was released on March 15, 2005, by Open Road Recordings and listed at #5 on Canadian Top Country Albums chart. His single Missing an Angel peaked #6, his career's first Top 10 single. The album was certified Gold by the Canadian Recording Industry Association, his first certified album.

For his sixth album, A Place Called Love, Reid signed with EMI. The album released on August 31, 2010. With EMI, he then released Fire It Up.

Reid in 2015 signed with Universal Music Canada and launched What Love Is All About on November 13, 2015. In one of the songs, he sang a duet with Kardinal Offishall.

Talking about Johnny Reid's personal life, he is married to his longtime high school girlfriend. The couple together has raised four children: three sons and a daughter. The couple has a great mutual understanding, and both of them are satisfied with each other's presence, so there is no point of them getting divorced. Besides with his wife, there is no record of his extra/past affairs.

He currently lives in Nashville, Tennessee with his family.

The Juno Award-winning country singer has provided the audiences with many hits songs and albums. His album Dance With Me ranked #1 on the Canadian Top Country Albums chart and #3 on the Canadian Albums Chart. Also, his album Born to Roll was certified gold.

Reid, for his music, has won many honors like SOCON Awards, Canadain Country Music Association Awards and Juno Awards.

Considering all the achievements and his successful career, Reid has probably accumulated an estimated net worth somewhere around seven figure.

She is the first wife of Johnny. The couple has raised four children from their marriage.

He is one of Johnny's son who was born safe and sound.

He was born healthy. His date of birth has not been disclosed yet.

He is the son of Johnny who was born safe. His current status is unknown.

She is the only daughter born to Johnny and his wife. Her date of birth has not been disclosed yet.