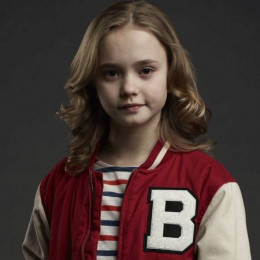 Johnny Sequoyah Friedenberg is a teen actress who is known for her role on the NBC television series Believe, as Bo Adams. While living in Boise, she began acting and at that time she was just 8 years old. She has appeared in films like Plastic Jesus, Ass Backwards and Unicorns. She is the daughter of Russell Friedenberg and Heather Rae, her parents directed and produced her in the film Wind Walkers and Among Ravens.

Moving on to her personal life, she has just reached her teen age and is yet too young to have a boyfriend. There is no record of her affairs till the date, as she is much more focused on her acting skills rather than searching for a good partner. She is a talented girl who is admired by the people belonging to Hollywood industry. There is no any rumors about her.