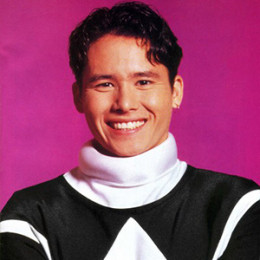 Johnny Yong Bosch, a voice actor in animes and video games, was born in Kansas City, Missouri and later moved to Garland, Texas and was raised there. He went to Garland High School to complete his high school studies. His mother was a korean and father was an American. As a child, Johnny was interested in martial arts inspired by Bruce Lee. Johnny started his career after he got selected in an audition for Power Rangers and began playing the role of Adam Park, the new Black Power Ranger in the Mighty Morphin Power Rangers' second season.

Johnny Yong Bosch even studied Shaolin Kung Fu before getting into acting being a student of Master James Clark. He also has his own band called Eyeshine which is an alternative rock band being involved with vocals, songwriting, and guitar in his band. The famous voice acting works of Johnny include Trigun, Bleach and, Broken Path. He has also voiced the well-known Final fantasy character Firion in Dissidia: Final Fantasy. Johnny is married to Amy Bosch and has a son and a daughter.

Johnny is married to Amy who looks beautiful with blonde hair. They look happily married as Johnny doesn't even have any rumor about his external affairs.

There is not much information about his daughter. However, her pictures can be found on his twitter account where she looks adorable.

There is no further information about Johnny's son Jetson. Johnny has only mentioned that he has a son called Jetson.