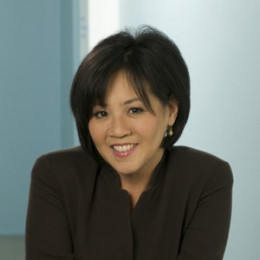 An American television journalist, Joie Chen is currently married to Michael. She is the anchor of Al Jazeera America's flagship evening news show named America Tonight. Chen received her bachelor's and master's degrees in journalism from the Medill School of Journalism at Northwestern University. She began her broadcast journalism career at WCIV-TV. Chen is also a member of the Medill Board of Advisors.

Joie Chen has one son named Evan. Chen has worked as a White House and Capitol Hill correspondent at CBS News. She has received the CableACE Award for Best Newscaster. Chen has also serves on the Accrediting Council on Education in Journalism and Mass Communications, as the representative from the Asian American Journalists Association. She has many fans in sovcial sites. Joie has nominated for News & Documentary Emmy Award in a category of Outstanding Writing.

An American television journalist, Joie Chen is currently married to Michael. The couple has one son.