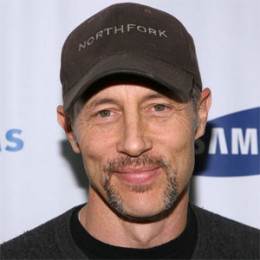 Jon Gries is an American writer, director, and actor. He is best known for his portrayal as Uncle Rico in Napoleon Dynamite. Also, he appeared in Martin, The Pretender, The Monster, and Running Scared.

Jon Gries was born on 17 June 1957, in Glendale, California, U.S. He is the son of Tom Gries and Mary Eleanor Munday. He is White in ethnicity and holds American nationality. His father is a director, producer, and a writer while his mother is an actress.

Jon Gries began his career at his age of eleven. He portrayed the Boy Horace in the film Will Penny. The movie was written and directed by his father.

Gries then portrayed Lazlo Hollyfield in Real Genius, in 1985. He has also appeared as a werewolf on different occasions like The Monster Squad and Fright Night Part 2.

Gries' other television credit includes his portrayal as a terrorist in the second season of the popular show 24. He also appeared in the NBC series The Pretender as Brooks. He made his guest appearance on the X-Files in the episode Sleepless. He is most recognized for his role as Uncle Rico in the 2004 movie Napoleon Dynamite.

In 2007, Gries portrayed menacing father to Samaire Armstrong in Around June. The following year, he played in the CSI: NY, as the father of the victim.

His recent appearance includes Jon Waters in All About Money and as Sam Austin in Glass Jaw.

Currently, Jon Gries started dating Kimberly Rose McConnell, an American director, and actress, in 2013. His girlfriend is well known for her appearances in the movie 40 Days and Nights.

Both Gries and his wife are very fond of music. He also has a collection of antique guitars and piano which includes a Gibson 12 string vintage guitar once used by Jimmy Page, lead guitarist of the legendary band Led Zepplin. Gries also has three dogs and a cat. He seems to have a deep love for pets.

Jon Gries earns a good amount of money from his successful career as an actor, director, and writer. One of his most watched movie Napoleon Dynamite made $44,940,956 worldwide.