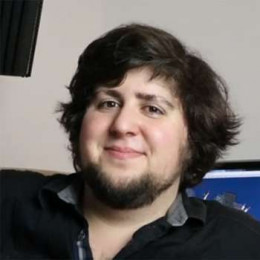 Jonathan "Jon" Jafari best known on the Internet world as JonTron. He is the co-founder of the show Game Grumps, alongside his friend Arin Hanson, where he usually posts comedically reviewed gameplay of poorly received games. In the year 2010, he entered the YouTube world, debuting with a review of the game Daikatana on JonTronShow. He is half Iranian and half Yugoslavian.

When it comes to his personal life, he has always stayed low profile. Till now there is no any record of his family background, childhood status and current relationship status. As he is so popular, he might have been through several dates and breakups but as we don't have any exact information in this regard he is assumed of being single. We can know him better simply by following him on Twitter @JonTronShow.