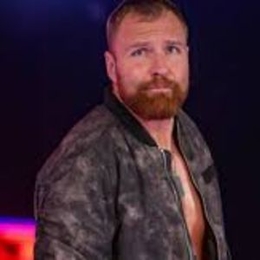 Jon Moxley aka Jonathan David Good is an American professional wrestler and actor. Currently signed by AEW and NJPW, Moxley lost the AEW Championship post a grueling match on dynamite. It was not the usual 20-minute time limit Dynamite match, but a sixty-minute time limit leaving fans hope of a definite winner at the end.

Jon Moxley and Renee Young started dating in early 2013 and married on 9 April 2017 at their Las Vegas home in an impromptu ceremony. The WWE star ad Smackdown host took their relationship to the next level after dating for five years.

As the Jon-Renee duo successfully crossed eight years together, they planned of extending a new family member. Therefore, in November 2020 they announced expecting a first child. The baby is due in early 2021.

During an interview with People, Renee's instinct is telling her it's a girl. The wrestler also shared the good news with his well-wishers via Instagram about Renee's pregnancy on November 19, 2020. Amidst the time, Jonathan was set to defend the AEW World Title against Kenny Omega of AEW Dynamite whereas Paquette was gearing up to launch her upcoming podcast. 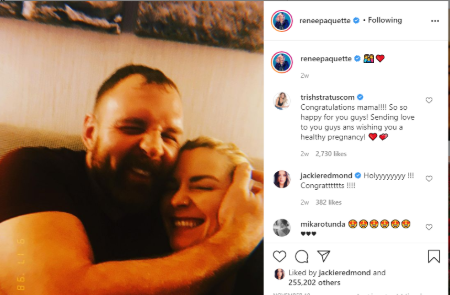 To precise, Moxley and his spouse can't wait to begin the new chapter, and now finally the world know feels like a weight has been lifted out of the chest. Mrs. Moxley thinks naming a person is fun and needs a lot of pressure

How Much is Jon Moxley Net Worth?

Jon Moxley, a 34-year-old, wrestler has an estimated net worth of $6.1 million. The Grand slam champion has signed a lucrative deal with AEW in 2019 and made his way to becoming the AEW World Champion by defeating Chris Jericho at the AEW revolution PPV in early 2019.

Jon Moxley began working for Les Thatcher in the Heartland Wrestling Association promotion as a teenager by selling popcorn and setting up the ring. He made his debut in 2004 under the ring name Jon Moxley. The following year, he won the HWA Heavyweight Championship twice in 2006 by defeating Pepper Parks but lost the title to Chad Collyer ad Brian Jennings respectively. 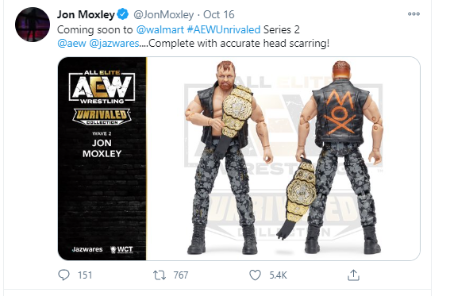 From 2006 to 2011, Moxley teamed up with Hade Vansen to win the IWA World Tag Team Championship in Puerto Rico based IWA. Moxley also wrestled multiple dark matches for Ring of Honor DGUSA in late 2009. Jonathan made his first televised appearance in March, where he defeated Tommy Dreamer in a hardcore match taped for the Mercury Rising pay-per-view.

Jon Moxley has been blissfully married to TV show presenter Renee Young since April 2017. They have been together for eight years now and expecting a first child as well.