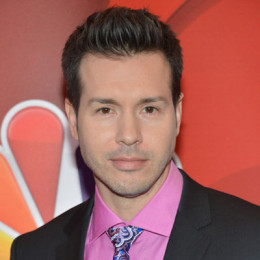 An Hispanic-American actor who rise to fame from his role as Detective Paul Falsone on NBC's Homicide TV series named "Life on the Street". Beside his acting career he is also an amateur boxer and he was offered role as boxer in movie named "Gladiator". After gradutaing from high school he joined gym and started learning boxing and he became runner-up in NJ Golden Gloves competition. He is currently working on NBC TV series Chicago P.D.

Until now he has not involved himself in any kind of controversy which can hamper his career. Talking about his personal life, he has not shared so much about himself in media. He is married to his longtime girlfriend and together they are parents of three children. There is no information on any affair and his ex-girlfriend before his marriage. Until now there is no report of any extramarital affair from both side from which we can assume they are leading happy married life.

There is not so much information regarding her in internet. Her pictures along with Jon can be found in different sites.

He is the first child of the couple. There is no information regarding him in internet. It seems like the couple wants to keep him far from eyes of media.