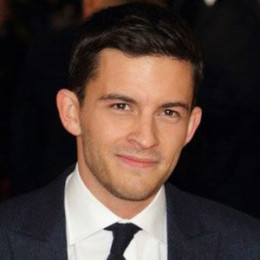 Jonathan Bailey made up his mind that he wanted to be an actor at age of five after seeing a stage production of Oliver. Bailey initially began working as an actor on the ITV series Bramwell. After playing various parts in various telly-series and films, Bailey secured a small role as sport admirer Flatpack in the sitcom 'Campus'. He was nominated for the award 'Outstanding Newcomer' at the Evening Standard Theatre Awards 2012 for his performance in South Downs. He portrait-ed the character Psi in the "Doctor Who" series.

In 2018, he revealed about being gay on stage during interviews with Attitude Magazine and The Times.

"The thing I really like about it is that there is no question of them not being accepted, Bobbie’s best friend just happens to be marrying a man."

“Gay men should be able to get married, it shouldn’t be seen as a privilege, absolutely we should. But the question of, ‘Just because we can, should we?’ is an interesting one."

Jonathan Bailey  was born on 25 April 1988 in Wallingford, Oxfordshire.

He is best known for ITV drama Broadchurch and the BBC's Doctor Who.