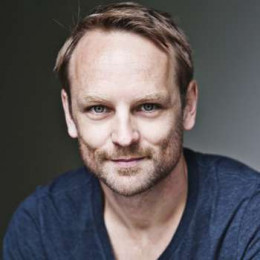 He is a Northern Irish actor and voice artist, born to American parents. He is noted for his portrayal as Walter Hill in Titanic: Blood and Steel, Sean Rawlins in ITV crime drama Unforgotten, Gregory in the Peep Show and as Newman Noggs in The Life and Adventures of Nicholas Nickleby. He is also known for his voice work on 2015 Oscar-nominated and BAFTA-winning short film, Boogaloo and Graham.

Accounting his personal life, he is a married man. He has been enjoying his martial relation since 2008 and the couple has still the same bonding and mutual understanding with one another which they used to have when they first started dating. Though it's been a long time that the couple is married but yet there is no any information about their kids. Currently, he lives in London, England.

Actress and writer, Bronagh is the long time dated girlfriend turned wife of the handsome hunk Harden. The two are married since 2008.