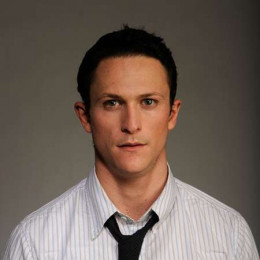 Jonathan Moss Tucker is a talented actor, best known for his roles in films like Hostage, In the Valley of Elah, The Texas Chainsaw Massacre, The Virgin Suicides and The Ruins. He is the founder of a non-profit camp, the Pegasus Fund aiming to help the disadvantaged students in Los Angeles, California. He is the son of Paul Hayes Tucker, University professor and Maggie Moss.

Accounting his personal life, he is a happily married man. He has been enjoying his marital relation with his wife since 2012. Their relation is going much more stronger day by day so there is no point on talking about their divorce. They don't have any kids yet. Before marrying his wife he dated a gorgeous American actress. To stay connected to him we can follow him on Twitter @jonathanmtucker.

She is the daughter of popular author Liaquat Ahamed. The couple got married in 2012. They don't have any kids yet.