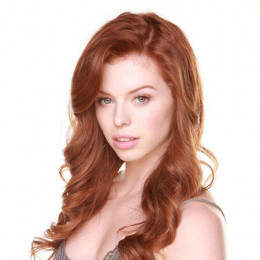 A Canadian actress, dancer, choreographer, and contortionist who is best known for starring on the hit Family Channel series The Next Step as Giselle. She has one twin sister named Darcy. She is of English, Irish, French, German, and Italian descent. She started to dance when she was just five years old. She is good pal of Brittany Raymond. She is also season 4 winner of CTV's So You Think You Can Dance Canada. She has starred in popular movies like Harriet the Spy: Blog Wars and Camp Rock 2: The Final Jam.

Talking about her personal life she is unmarried. Currently she in relationship with her longtime boyfriend who is also her fellow dancer. Beside him there is no report of her dating anyone. Together they are very supportive to each other. She has not been biological mother yet. She uses her official twitter account @JoRdanCLark18 frequently and her fan can follow her to get more updates on her.