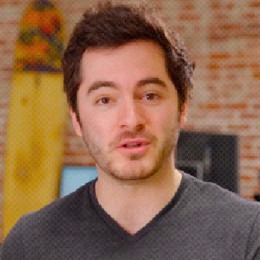 He is a YouTube star, best known as the creator and owner of the YouTube channel CaptainSparklez. His channel generally focuses on the game, Minecraft where he has over 9 million subscribers. His channel is the 63rd most subscribed channel on YouTube. In 2016, he was featured on Forbes Magazine's "30 Under 30 List" and had made an appearance on national television at the Spike Video Game Awards.

Moving on to his personal life, he is yet a bachelor but is in a relationship with his girlfriend whose personal details has not been disclosed to the media yet. He often revels that he has a girlfriend but till now he has kept her out of media's coverage. As he has interest on ladies, he definitely is not a gay. To get to know him better we can follow him on Twitter @CaptainSparklez.