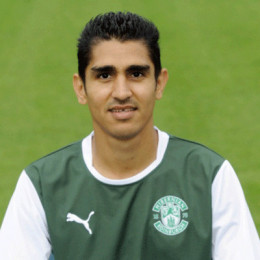 Jorge Aarón Claros Juárez who is known as Jorge Claros in short is Honduran international footballer who is currently in Major League Soccer in defensive midfielding role for Sporting Kansas City. His professional career took off from 2004 and he has stood strong in the defensive half in his no. 20 outfit till the date. Prior to being unveiled by Sporting Kansas City, Claros played for Vida and Motagua. He also had loan spell at Hibernian.

There aren't much information about Claros personal life as he is yet to make significant mark. May be, being from a comparatively weaker footballing nation has restricted his footballing proficiency. Yet, he is struggling to make mark via MLS. So far, he is known being straight in terms of sexual orientation and had been noticed dating number of girls in the past. His marital status remains undisclosed. He went across an incident on 16 June 2011 when he was attacked by some thieves who were trying to steal his car. He was shot on heat and shoulder but he managed to rescue himself by driving to hospital. The wounds weren't that fatal and he came back on pitch within three weeks.