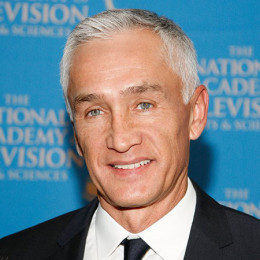 Jorge Ramos Ávalos is a journalist and author who anchors Univision news television program, Noticiero Univision, political news program and hosts America with Jorge Ramos. He has majored in communications from Universidad Iberoamericana in Mexico City and obtained a master's degree in international studies from the University of Miami. For his excellence in Journalism, he has earned eight Emmy Awards and the Maria Moors Cabot Award.

Jorge Ramos, an award-winning journalist and author married and divorced twice in his life. Well, who wouldn't have the interest to know if the prominent figure is single or in a relationship at his 60s?

The Universidad Iberoamericana graduate is currently in a relationship with his lover, Chiquinquira Delgado as of 2019. The pair kindled their relationship since 2011.

Like Jorge, Chiquinquira is a married and divorced woman. She is a mother of two children from her previous marriage.

His partner is a Venezuelan TV host and actress by profession. Ramos and Delgado do not have any children of their own. The cupid recently lives in the Coconut Grove of Miami.

Jorge Ramos married and divorced twice in his life. His first marriage was to Gina Montaner, daughter of Cuban author Carlos Alberto Montaner. They welcomed a baby girl, Paola in 1988. Unfortunately, the duo called it quits. As they parted ways in 1990, Gina took her daughter to Spain.

Followed the split with Montaner, he tied a knot with Losa Bolivar in 1992. The couple's ideal wedding ceremony was held in a Roman Catholic ceremony at the Cathedral of San Juan Bautista located in San Juan, Puerto Rico. Ramos and Bolivar gave birth to a son, Nicolas before they divorce in 2005.

After two failed relationships, the TV producer moved on with Ana de la Reguera. he and Ana's affair did not last long. They broke up within a year.

Jorge Ramos possesses an estimated net worth of $12 million. He receives a salary of $3 million. Jorge's primary source of income is $3 million.

Apart from news anchoring and reporting, he is a fine actor and producer as well. Ramos of acclaimed for his role in TV series Notociero Univision; Documentaries: "Aqui y Ahora" and "Hate Rising".

The veteran American journalist, Jorge Ramos was born on 16 March 1957 in Mexico City, Distrito Federal to a working-class family. He is referred to as Jorge Ramos Avalos by his close friends and relatives. The idol holds an American nationality and belongs to white ethnicity.

He was born safe and currently is a host of some television channel.

She is the only daughter in the family who is tall, elegant and beautiful.