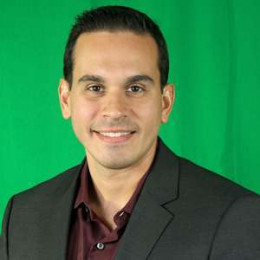 An American Jorge Sedano is a television and radio personality at ESPN. He attended Monsignor Edward Pace High School and Florida International University. Jorge Sedano started his career as a host, anchor, and producer at WAFN-AM 1700 The Fan in Miami in the year 1999. Sedano was named the host of the weekday overnight show, The Third Shift on Fox with Jorge Sedano in 2004.

Jorge was a regular contributor to the NFL Network's Top 10 Show from 2010 to 2012. he hosted a fantasy baseball show for CBSSports.com in 2012. In 2008, Jorge also appeared on a reality TV show “Model Latina” as a judge for the show's second season in Miami. Jorge was awarded by Miami's Best AM Radio Personality in the Miami New Times. Jorge Sedano has not revealed any personal information about him in social media.