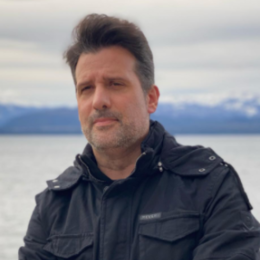 Jose Maria Listorti is an Argentine announcer, comedian, actor, humorist, and television show host who is immensely popular for being the part of Showmatch, Hay queue ver, Sing If You Can, and Video match.

Jose Maria is a married man who tied the knot with his long-term girlfriend turned wife Monica Listorti on November 3, 2013. The Argentine actor had his first kiss with Monica on January 17, 2005. 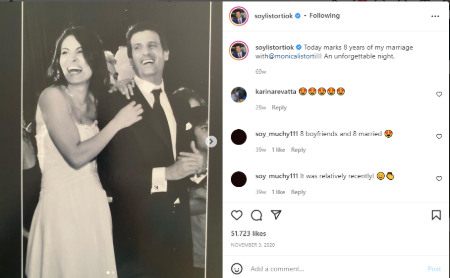 Listorti duo has been united as life partners for more than sixteen years. And, till today's date, none of them have been involved in extramarital affairs or divorce rumors. On November 3, 2021, Jose Maria wished his beautiful wife Monica a "Happy eighth anniversary" with a sweet picture of their wedding. 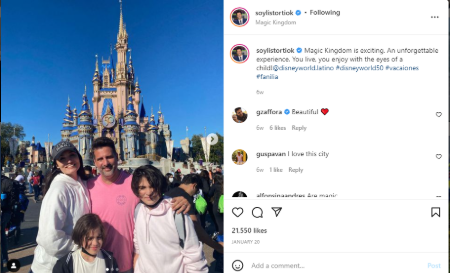 Jose Maria Listorti has summoned a whopping net worth of $5 million as of 2022. He earned big chunks from a decade-long career as a comedian, actor, announcer, and television show host.

Listorti started his career working as a comedian in a Video match with television personality Marcelo Tinelli, In 2000, he participated in a Latin pop video with the character Navajo parodying singers Ricky Martin and Chayanne.

Monica Listorti and Jose Maria Listorti have been married for the past sixteen years. They started dating in 2005.