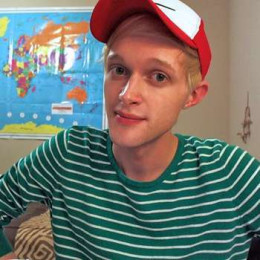 An American popular YouTube vlogger who is better known for his self-titled channel. He has already gained more than 100,000 subscribers in his youtube channel by posting advice videos, reviews, and other unique vlogs. Beside that he also owns another channel for gaming called DK1games. He has graduated in creative writing and visual merchandising. He along his friednd Sam Antonioli hosts a weekly podcast. He was also provided with the oppurtunity to interview the cast of HBO's Looking.