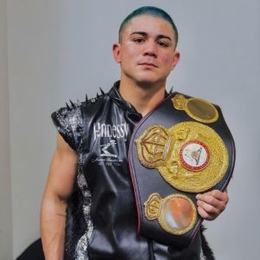 Joseph Diaz is an American professional boxer who won the hearts of millions after winning the IBF super featherweight title which he held from 2020 to February 2021. Even more, Joseph also challenged for the WBC-NABF, and WBO-NABO between 2015 and 2018.

Joseph Diaz - Father of a Son

Joseph Diaz is happily dating the love of his life. Diaz actually has been in a romantic relationship with his girlfriend reported to be a woman named Breezh for years. It is also reported the two got engaged in early 2020. 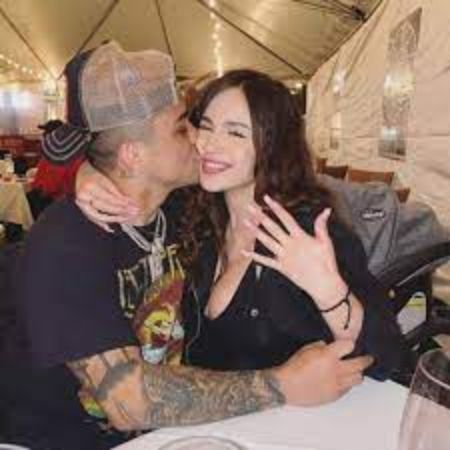 Joseph Diaz proposed to his beloved with a diamond ring. SOURCE: Players Bio

However, the boxer does not share much about his love life more shares Breezh's pictures on his Instagram. But, to be precise, Joseph proposed his lady love with a dazzling diamond ring before they gave birth to their son. 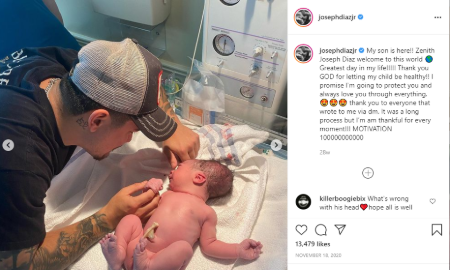 Joeseph Diaz possesses an estimated net worth of $500 thousand, according to Celebrity Net Worth. He receives a payroll of $50,000 from his career as a professional boxer. In addition, the fighter also makes from several other sources including his paycheck, bonus, sponsorships, and prize amount.

Moreover, Diaz earned a promotional deal with Golden Boys in 2018. However, after a fight in 2019, the boxer shared his displeasure with his promoters and decided to part ways.

In 2020, MTK Global announced the signing of IBF super featherweight champion Joseph "JoJo" Diaz on an advisory deal. And, in an interview, Diaz responded, "I am excited to announce that he and MTK global are working together."

Believe it or not, Joseph Diaz came to the spotlight after being qualified for the 2012 Olympics. Not only that, JoJo became a quarter-finalist at the 2011 World Championships.

Joseph won the 2011 U.S. National Champion amidst the featherweight division. Following that, he became listed as a professional athlete with a win over Vincent Alfaro through unanimous decisions.

Zenith Dia is the only child of Breezh and her husband Joseph Diaz. Zenith was born in 2020.