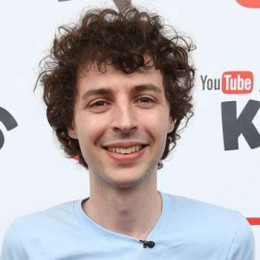 He is popular in the YouTube as the Stampy Cat and his YouTube commentating is mainly about the game Minecraft. After getting mentioned as one of the ten most-watched YouTube channels in the world, he has been featured on several television programs with CBBC and Disney.

Joseph Garrett is possibly single as of now and out of dating rumors. He is quite secretive about his personal life especially when it comes about his love life and dating life.

Joseph Garrett holds a net worth of $5 million from his career as YouTuber. As of 2019, he has more than 9 million subscribers on his YouTube channel, stampylonghead from where he earns $95,200 - $1.5 million per annum.

Joseph Garrett was born on December 13, 1990, in Portsmouth, Hampshire, England, United Kingdom. Initially, he intended to be a games journalist and studied video production at university.