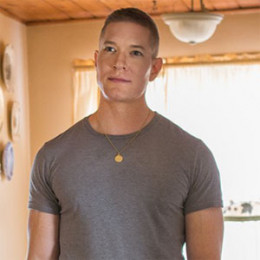 Joseph Sikora, a 41-year-old American actor, is well known for his character as The Sheriff in the Adult Swim series The Heart, She Holler. He also appeared in several series and movies such as; Shutter Island, Night Skies, Early Edition, Turks and much more.

Joseph Sikora was born on June 27, 1976, in  Chicago, Illinois. His birth sign is Cancer. Regarding his nationality, he is an American and is of Polish descent.

He joined the Notre Dame College Prep and completed his schooling. Later, he attended the Columbia College at Chicago and gained his BA in theater. During his childhood, he appeared in the McDonald's commercial with Michael Jordan as a child artist.

Sikora began his professional acting career in 2006 from Broadway with The Caine Mutiny Court-Martial. Later he appeared in the several TV shows like; The New Adam-12, Early Edition, Turks, The Watcher, ER, Grey's Anatomy, Criminal Minds, Without a Trace and much more.

He also cast in the Golden Globe-nominated movie, Normal. In 2011, he appeared in the television pilot for Body of Proof, and comedy horror TV series, The Heart, She Holler. In October 2013, he was signed in the  Starz! original drama series Power.

Joseph Sikora is a married man. He exchanged vows with his long-time girlfriend in an intimate ceremony. He is one of those celebrities who prefer to keep his personal lives away from the limelight, and that might be the reason he never opens up about his wife.

As per the source, Sikora met his now wife on the set of Boardwalk Empire. He is living a blissful married life with his wife in New York.

Sikora is one of the versatile actors who succeeded to earn a decent amount of net worth from his career. However, due to his secretive nature, he hasn't revealed the exact figure of his net worth, but it is assumed to be in millions of dollars.