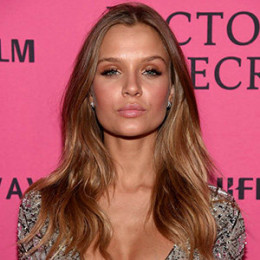 Josephine Skriver, a Danish professional fashion model, is currently dating Alexander DeLeon, an American singer, since 2013. She is known for her appearance as a print campaign and catwalk fashion model. Josephine grew up with her lesbian mother and gay father. She began modeling in 2008 when a friend of her aunt contacted Unique Models in Copenhagen. After that, she debuted the F/W 11 international fashion shows as a smashing hit; she walked fifty-four shows in Milan, New York, and Paris.

Josephine Skriver has been Victoria’s model since 2013 and she became a Victoria’s Secret Angel in 2016. She has a relationship with musician and pop singer Alexander DeLeon. They started to date in 2013. There isn’t any controversy or rumor about Josephine. The couple has not revealed any plans on their marriage yet. As of now, there are no signs of their separation.