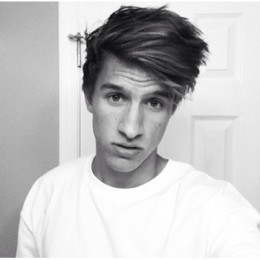 He is popular American comedian who is better known for posting parody music on his You Tube channel Thecomputernerd01 which he actually made to acquire funds for college enrollment. His YouTube channel has already crossed 1.3 million subscribers. He was brought up in Florida and New Jersey alongside with his sister Amanda. Beside that he has his own series named "Josh Squared", which has also featured his fellow YouTuber Josh Sobo.

He has not married yet. After gaining more than million subscribers and earning so much popularity he has still managed to keep very low profile regarding his love life. Though there are plenty of pictures of him in which he is seen with girls he has not officially confessed about his love. It seems like currently he is focusing more in gaining more subscribers and acquiring more fans.