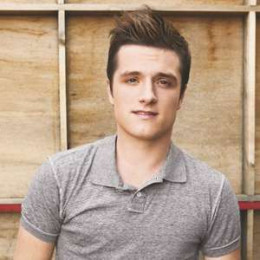 Josh Hutcherson is an actor. He is the son of Chris Hutcherson and Michelle . Josh started his acting career at the age of ten. In 2002, Josh started performing in various television commercials and, he got major roles in the pilot episodes of �'House Blend�' and �'Becoming Glen�'. Josh won the Best Performance in a Feature Film � Leading Young Actor award and Best Performance in a Feature Film � Young Ensemble Cast award for �'Bridge to Terabithia'�.

Josh Hutcherson dated  Shannon Marie Wada in 2003 but they broke up their relationship in 2006. In 2007 he also dated  AnnaSophia Robb and Ariana Grande. Then he dated to Victoria Justice in 2008 but they broke up their relationship in 2009. He started to date Lanchen Mihalic in 2009 and he also dated  Rochella Danishei in 2009 and they broke up in 2011. He dated to actress Vanessa Hudgens in 2011. Currently, he is a relationship with Claudia Traisac since Jun 2013. He is rumored to have hooked up with Chloe Bridges in 2012 as well as , Francia Raisa 2012.