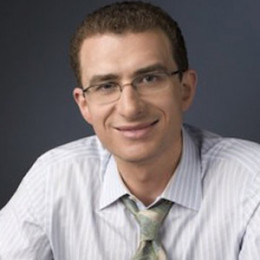 Josh Levs is an award-winning broadcaster, investigative journalist, and expert on issues facing modern families. Levs received his undergraduate degree from Yale University. He has spent years reporting for CNN on air and online and serving as the network's "dad columnist." Prior to CNN, he was a reporter for NPR. His many prizes include six Peabody Awards, two Edward R. Murrow Awards, and a designation as a Journalist of the Year from the Atlanta Press Club. Levs is also a motivational and keynote speaker.

Very handsome and a prominent journalist has had a smash hit professional life. On the other hand talking about his personal life, much information about the same is not disclosed by any source whatsoever. It has been known that he has been married to Melanie Lasoff and is father of three children. He has not disclosed much about his children and family background of his wife.However he lives happily in Atlanta, Georgia, with his wife and children.

He has been married to his wife since 2003. With much love and care they are the parents of three children. They are living together in Atlanta Georgia.