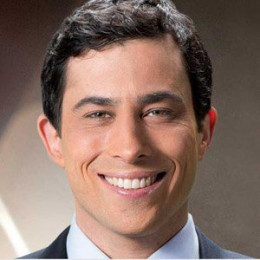 One of the famous journalist Josh has been a writer, market editor and technology correspondent. He is CNBC's technology correspondent, working from CNBC's San Francisco bureau, [email protected] from year 2013. Before CNBC, he was the markets editor for Bloomberg Television where he was responsible for all markets coverage. Prior to Bloomberg, he was a staff writer at Minyanville, an online financial news source. He holds master's from both The London School of Economics and Columbia University Graduate School of Journalism.

It has been a most difficult task to search for his marital status in the media source. It is clear that till date he has not revealed a single word about his marital affairs and relationship status. Being a reporter who reports about the ongoing things all over the world have hidden his personal details from the media. He is too busy in his career that he does not have a single moment to post about his personal details in his social networking accounts. We can follow him on Twitter @CNBCJosh.