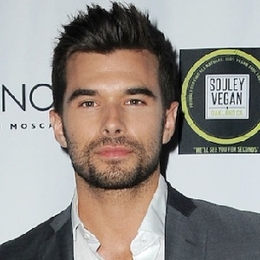 Do you watch ABC soap opera General Hospital? If yes, then you probably know about the character Harrison Chase played by an American actor Josh Swickard. He is the regular cast of the series since 2018. Besides acting, he is also a model. Along with a thriving career, the actor further has a blissful married life. Let's find out in detail.

Dating Life And Engagement With His Long-term Girlfriend

Many people do not believe love at first sight until and unless they experience themselves. Just like that, an American actor Josh Swickard also never believed about it. Well, he had to accept it after he fell in love with his partner Lauren Swickard. 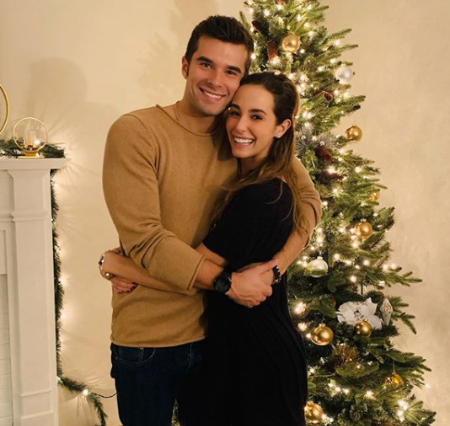 She is an actress who appeared in the TV series ROOMMATES and DEAR WHITE PEOPLE. In an interview, Swickard revealed that he fell in love with Lauren when he first saw her. He said that he never believed when people used to say it. He added;

Likewise, in December 2018, the lovebirds took their relationship to the next step. The two engaged while on a ski trip to Colorado! Both of them took their respective Instagram accounts to announce the happy news to their fans, sharing lovely pictures of them, flaunting beautiful engagement ring. 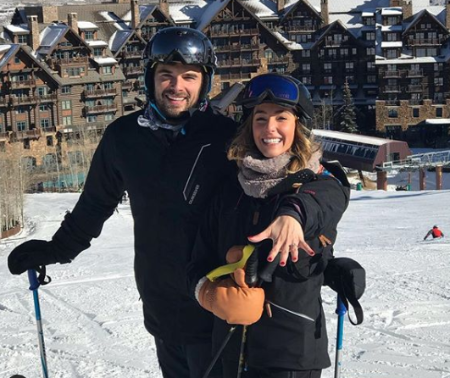 Similarly, the actress, Lauren, also shared a collage of pictures on her Instagram account, and on the caption, she said that she had never been happier in her life and further included an emoji of the ring. Their well-wishers showered them with several congratulatory messages on the comment section.

Exchanged The Vows With His Partner

General Hospital cast, Josh Swickard, and his lover Lauren Swickard did not do any delay to take one step further in their relationship. Well, the beautiful couple is now married. 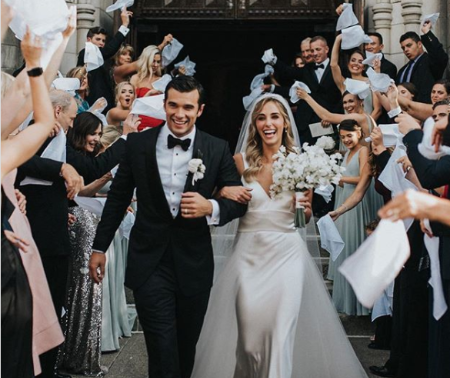 Swickard and his fiance exchanged the vows in July 2019. They tied the knot in front of their close friends and family. This time as well, the duo took Instagram to give the news of their wedlock. On 8th July 2019, they uploaded beautiful photos of their wedding.

The celebrity couple is happily enjoying their married life, and they share a good bond. They are supportive o each other and always remain by the side to help whenever needed. Moreover, they spend quality time together visiting exotic places. 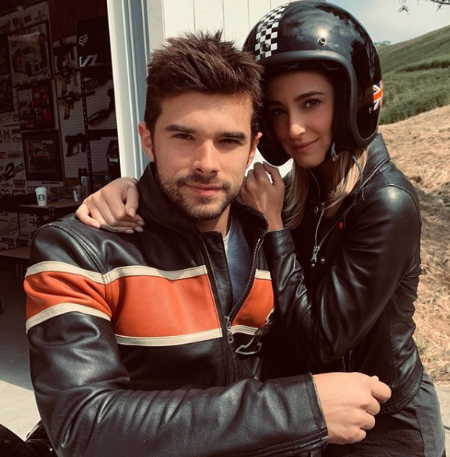 As the duo is already married, they do not have any children, and further, they are yet to reveal the plans of welcoming a new member to their family. Moreover, there are no rumors surfaced on the internet about Lauren's pregnancy.

Maintains A Good Net worth

Josh Swickard made his acting debut through a series K.C. Undercover playing a guest-role. He next portrayed the role of Todd Stetson in the series Liv and Maddie. Swickard rose to stardom after appearing in the series General Hospital alongside Maurice Benard, Kirsten Storms, Laura Wright, and others.

For his roles in such hit movies and TV series, Swickard probably receives a good payroll. Besides acting, he is also a model and works for popular magazines and agencies. From his multiple professions, Josh makes a fruitful income and holds a net worth of around $1.5 million.

An Ameican actor and model Josh Swickard married his girlfriend Lauren Swickard in July 2019 after dating for long.