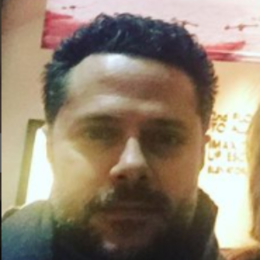 Joshua Bergasse is a famous American choreographer and dancer. Bergasse received a Primetime Emmy Award for Outstanding Choreography for his work in the television show "Smash." Bergasse is also a member of the Broadway Dance Center Faculty since 1998. He has choreographed the new musical "Charlie and The Chocolate Factory," directed by Jack O'Brien and produced by Warner Bros.

Joshua Bergasse is a married man. He was married to Sara Mearns. The duo first met in November 2012 when Sara audited for a featured dance role on "Smash." Joshua dated Sara Mearn for five years before getting engaged. 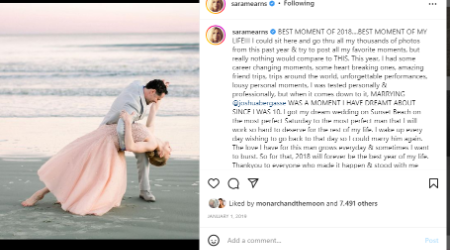 Joshua Bergasse has been married to Sara Mearns since 2018. SOURCE: Instagram

The lovebirds exchanged vows on Valentine's Day and walked down the aisle on 3rd November 2018 in Sunset Beach, North Carolina. Although they belong to different fields, the pair makes great chemistry.

Sara Mearns had a dream of marrying Joshua Bergasse since she was ten. The Broadway star proposed to his lady love Sara Mearn for an engagement on 1st January 2019 at a sunset beach.

Sara Mearns, also known as Sara Ann Mearns, is an American ballet dancer. She was born on 19th January 1986 in Columbia, South Carolina, the United States. Sara started dancing at three at the Calvert-Brodie School of Dance. She also attended the School of American Ballet and became a disciple of the New York City Ballet in 2003. 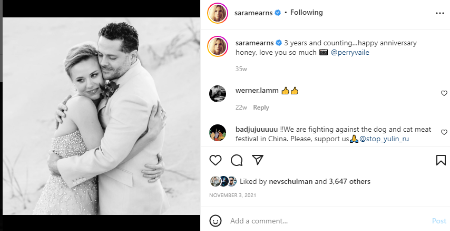 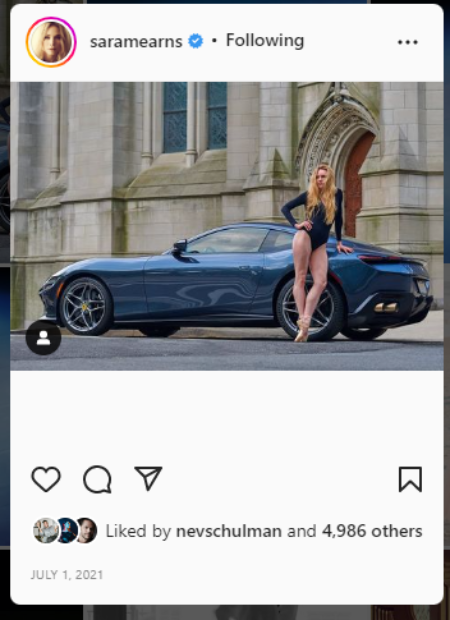 Joshua Bergasse began his career as a choreographer in 2012 for the television show "Smash" for its two-season run. Michael Meyer, the director of the production "Smash," noticed his work and offered a job for him. His work was to choreograph the big dance numbers in the show and dance in the background of shots. Joshua has choreographed hypothetical musicals: Bombshell and Hit List amid the filming of the second season.

Check out the clip of Joshua Bergasse's choreographed musical performance!

Bergasse received a Drama Desk, an Outer Critics Circle Awards, and an Astaire nomination for choreographing in Cagney. Some of his choreography includes The Sound of Music at Carnegie Hall, Guys and Dolls at Carnegie Hall, Pirates of Penzance at Barrington Stage Co, etc.

In 2017, Bergasase choreographed the Broadway musical Charlie and the Chocolate Factory. He used diverse dance styles for different characters. For Veruca Salt, she had an expressive dance number involving pointe shoes. Mr. Bergasse choreographed a pas de deux where the accomplices couldn't touch each other for Charlie's mother and her perished spouse.

The couple was approached on this project by Jack Viertel. Due to the history of George Balanchine choreographing the particular melodic with his significant other, Vera Zorina, as the leading woman. The musical contained a considerable sum of dancing, including two-ten minute ballet sequences to choreograph.

Joshua Bergasse is quite active on his social media platforms. He is most active on his Instagram account. He has 7514 fan followers on his Instagram account, under the username @joshuabergasse, with 15 posts. Joshua mostly shares photos of himself and with his wife. He also shares posts related to his work and upcoming projects. Bergasse has amassed 1404 followers on his Twitter account under the username @JoshBergasse.

His wife, Sara, is also active on her social media accounts. She has 86.8k fan followers on her Instagram account, under the username @saramearns, with 4127 posts. She shares photos of her doing ballet dance and pictures with her husband. Sara has 6419 followers on her Twitter account and 8.5k followers on her Facebook account simultaneously.

His parents raised Joshua Bergasse in his hometown. He hasn't shared any details regarding his parents and siblings yet. As a child, he went to his mother's dance studio, "Annette and Company School of Dance." 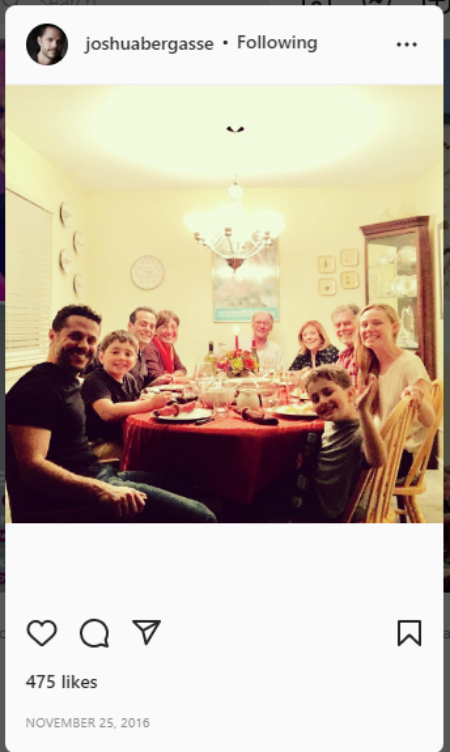 He was a dedicated and hardworking person from a very young age. He also taught dance at his mother's studio when he was 15 and got more interested in it. He went to Berkley High School. Joshua was a very hardworking person his teachers cherished in his high school.

Joshua Bergasse has an appealing personality. He looks handsome with his fair skin tone and long nose. Joshu stands at 6 feet 3 inches tall. He has a well-maintained and athletic body. He weighs 56 kilograms.

Joshua eats healthy and works out to keep himself fit. He has a pair of brown eyes and black hair, which makes him more attractive.

Sara Mearns and Joshua Bergasse are happily married for five years. They met in 2012 and tied a knot in 2018.