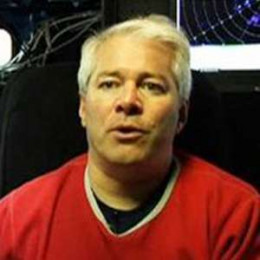 An atmospheric scientist, Joshua Wurman is well known as an inventor noted for a tornado, tropical cyclone, and weather radar research. He is the son of Richard Saul Wurman, an architect and founder of the TED conferences.

Wurman attended Radnor High School in suburban Philadelphia. He is the founder of the Center for Severe Weather Research (CSWR), operates the Doppler On Wheels (DOW) radars.

Wurman is also a member of the USA Science and Engineering Festival's Nifty Fifty, a collection of the most influential scientists and engineers in the United States.

Joshua Wurman married Ling Chen. The couple is blessed with four children. He along with his team developed meteorological bistatic radar multiple-Doppler networks, and the Rapid-Scan DOW, and holds several patents related to bistatic and DOW technology.

Joshua Wurman married Ling Chen. The couple is blessed with four beautiful children.The couple is happy with each other.