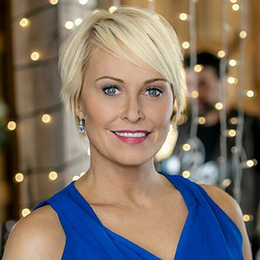 Mother of two, Josie Bissett is one of the famous American actresses who rose to fame after portraying the character of Jane Mancini in the series, Melrose Place. Apart from her professional life, she is married twice.

Who Is Josie Bissett Married To For The Second Time?

Josie Bissett tied the knot for the second time with her boyfriend turned husband Thomas Doig, a local businessman on 4th July 2017. Their wedding ceremony was held at the DeLille Cellars Chateau in Redmond, Washington.

For the event, the bride went for a beautiful strapless white gown and a short veil. She teamed up the look with chandelier earrings, a dainty silver bracelet, and a bouquet of pale roses. Meanwhile, the groom opted for a grey suit with a vest and tie. Without any doubt, the couple was looking stunning. Have a look at the picture: 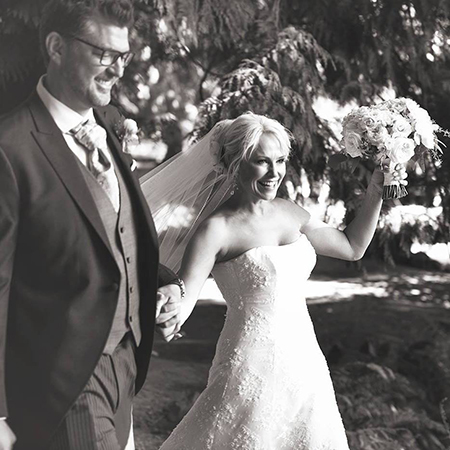 Josie Bissett and Thomas Doig walking on their wedding. SOURCE: The Knot News

Months after their conjugal life, they bought a house in Ballard. Currently, they resides in the same house.

The couple besides shares no children but has kids from their previous relationship. Josie is the mother of two whereas Thomas is the father of three. Further, all of the children attended the wedding.

Back in 2015, Josie's house was on fire which left her with next to nothing. During the time, she was in her bedroom working on a laptop.

Coincidently, she moved to the same condo complex where her now-partner was living. Days later, one of their mutual friends set up a blind date. Soon after their first met, they started meeting often and eventually started dating and later engaged.

The beautiful actress first met her first partner, Rob Estes in 1991 and eventually, they started dating. 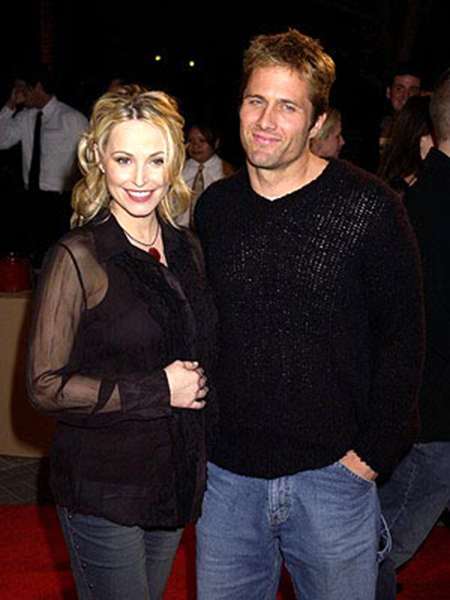 Josie Bissett along with ex-husband Rob Estes at an event. SOURCE: tabloidwhore.blogspot

A year later on 1st May 1992, she walked down the aisle with Rob. Their wedding ceremony was Las Vegas in the presence of 200 people.

Josie And Rob Shares Two Kids After Facing A Miscarriage

Bissett became pregnant in 1997 but suffered a miscarriage. The lost was devasting but even more, depressing was her failure to be pregnant again.

After undergoing numbers of fertility treatments finally on 21st July 1999, they welcomed their first child, a son Mason True Estes. Similarly, their other child, a daughter was born on 14th April 2002. 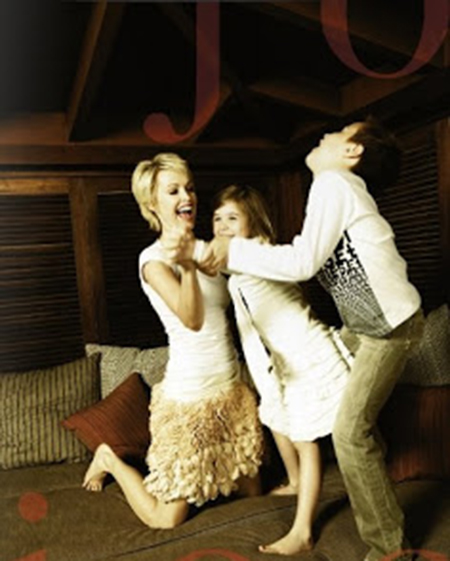 Josie Bissett along with her two kids. SOURCE: danibrubaker.blogspot

After living together for more than 13 years, the pair divorced. Even they are not together, they often come together for their children. But scrolling the social media of Josie, she posts several pictures with her daughter than her son.

Josie Bissett has the net worth of around $3 million. She makes bucks from her career as an actress and author.

One of her most famous roles includes Jane Andrews Mancini in Fox primetime soap opera ''Melrose Place.'' She earned the role soon after her marriage with her first spouse. She starred in the series with Heather Locklear, Andrew Shue, and Thomas Calabro among others. 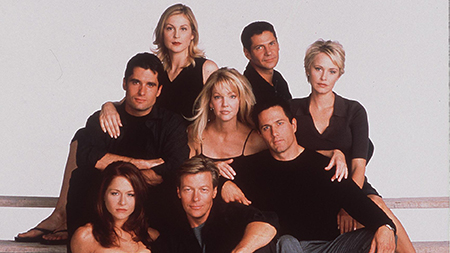 Josie Bissett along with the cast members of Melrose Place. SOURCE: Today Show

Along with the series, Bissett is also famous for her character Olivia Phillips-Pershing, Mick's college girlfriend in film series, ''The Wedding March Series.'' She worked in the series with Jack Wagner, Neill Fearnley, and Emily Tennant among others.

Along with her acting career, the star also makes a good net worth from her writing profession. Some of her books include:

Some Interesting Facts About Josie Bissett

Stick on marriedwiki for celebrities bio, article, and news.

On 1st May 1992, Josie Bissett tied the knot to her first spouse Rob Estes. The couple shares two children.

After separating from Rob, Josie Bissett married the second husband Thomas Doig on 4th July 2017. They share no children.

Mason True Estes is the first child of Josei Bissett and Rob Estes. He was born on 21st July 1999.

Maya Rose Estes is the second kid of Josie Bissett and Rob Estes. She was born on 14th April 2002.