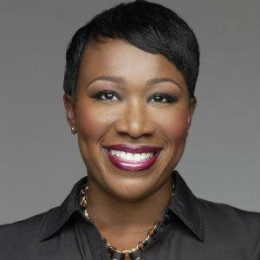 An American Political commentator, Joy-Ann Reid is currently married to Jason Reid. She was born to a Congolese father and a Guyanese mother. Reid graduated from Harvard University in 1991 with a concentration in film and is a 2003 Knight Center for Specialized Journalism fellow. Reid joined the Grio.com with experience as a freelance columnist for “The Miami Herald” and as editor of the political blog The Reid Report. She is a former talk radio producer and host for “Radio One,” and previously served as an online news editor for the NBC affiliate WTVJ in Miramar, FL.

Joy-Ann Reid was born Joy-Ann M. Lomena-Reid on December 8, 1968, in Brooklyn, New York. She is of mixed ethnicity as her father was from Congo and mother from British Guiana. Her parents met at the University of Iowa in Iowa City.

Reid spent most of her childhood in Denver, Colorado and attended Harvard University and graduated with a major in documentary filmmaking in the Visual and Environmental Studies department. Joy-Ann Reid has one brother and one sister.

Joy-Ann Reid started her career in the field of journalism in 1997 after leaving her job as a business consultant in New York to work for WSVN Channel 7 morning show in South Florida.

In 2003 she was a Knight Center for Specialized Journalism fellow. Reid then worked as a co-host of Wake Up South Florida, a morning radio talk show, alongside James T. Thomas from 2006 to 2007.

From 2011-2014, Reid worked as a managing editor of The Grio. She then joined The Miami Herald as a political columnist. She served for the publication till 2015 after joining in 2003. From 2000-2014 she worked as an editor of The Reid Report political blog.

From Feb 2014, Reid hosted The Ried Report, an afternoon cable news show. After a year in Feb 2015, the show was canceled. After that, she joined MSNBC as a correspondent. She is currently the host of AM Joy, a political weekend-morning talk show.

Besides, being a host, Reid is also an author of the Racial Divide, the Clintons, and Fracture: Barack Obama. She gave the inaugural Ida B. Wells lecture at Wake Forest University's Anna Julia Cooper Center in 2015. In 2016 she received an award from Women's Media Center.

Joy-Ann Reid is currently producing a documentary, “The Fight Years”—which takes a look at the sport of boxing during the 1950s and 1960s in Miami. She is married to Jason Reid. He is a documentary film editor for the Discovery Channel. The couple has been blessed with three children but she has not mentioned her children's name on social sites.

Joy-Ann Reid has worked in many reputed networks and publications like MSNBC, The Grio, The Miami Herald. According to the sources, the base salary of MSNBC correspondent is around $71k-$78. Her estimated net worth is not less than a million.

Her other sources of income include her profession as an author. One of his book Fracture: Barack Obama, the Clintons, and the Racial Divide which is sold on Amazon for $8.98.

Joy-Ann Reid and Ari Melber conversation regarding  Donald Trump's 2020 Comment: It's The Presidency, Not A TV Show,

She is married to Jason Reid. He is a documentary film editor for the Discovery Channel. The couple has been blessed with three children but she has not mentioned her children's name on social sites.