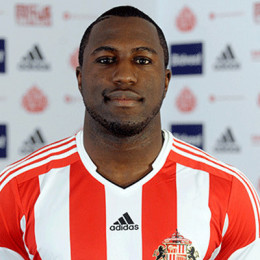 Jozy Altidore born as Josme Volmy is an American professional soccer player with Haitian heritage. His father Joseph was a son of a farmer in Haiti and he immigrated to Haiti with just $200 dollars in his pocket. He later married a Haitian - Jozy's mother Gisele who was studying to become a nurse at the time. They eventually moved from Orange, NJ to South Florida, where they raised their four children. Although, Jozy's parents wanted him to focus on his academics, Jozy convinced his parents to let him be a soccer player and signed his first deal with the New York Red Bulls after finishing high school at the age of sixteen. He became the fifth-leading scorer in the national team history and he wasn't even 25 yet.

Jozy Altidore does not have any details on his private life out in the open. Although his deeds of philanthropy are well known. During the 2010 earthquake in Haiti, Jozy joined the relief effort and he personally appeared on television shows on CNN, asking people make a contribution and donate to Yele Haiti. On Dec 21, 2012, Jozy wrote the names of the 26 victims of Sandy Hook Elementary School shooting, on the boots he wore during the game against FC Twente.