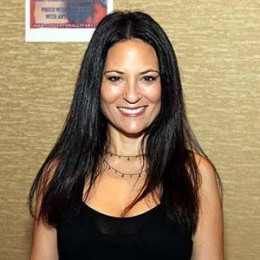 An American actress, Judie Aronson is currently single. She graduated from the UCLA. She made her film debut in the 1984 horror film 'Friday the 13th: The Final Chapter as Samantha'. She made an appearance in the 1990 music video, "(Can't Live Without Your) Love and Affection" by Nelson. Aronson has made numerous guest appearances on such television shows as Law & Order: Criminal Intent, Sledge Hammer!, Midnight Caller, Beverly Hills, 90210 and Simon & Simon.