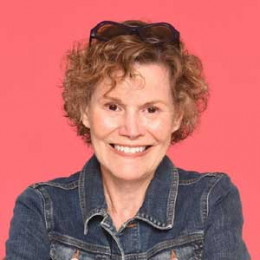 An American writer, Judy Blume is famous for the books like- Are You There God?, Tales of a Fourth Grade Nothing, Deenie, Blubber and so on. She wrote books which are suitable for all age groups. The Edward Award Winner, Judy is an inspiration for all the housewives as she started her career only after her marriage.

Born as Judith Sussman on 12th February 1938 in New Jersey, United States. She was raised by her parents- Judith Sussman Esther( a homemaker) and Rudolph Sussman (a dentist). Judy grew up with her elder brother who is five years older than her, in a Jewish family.

In 1956 Judy finished her high school from Battin High School and attended Boston University, but she could not finish her studies as she was diagnosed with mononucleosis. Later on, she earned a Bachelor's degree in Education in 1961 from the New York University.

Judy started her career only after marriage and after having a baby. She was interested in writing right from her early age. Blume wrote her first book (children book) named, The one in the Middle Is the Green Kangaroo and published in 1969. Moreover, she published her first album titled, Iggie's House in 1970 which was about an African-American family that moved into a white neighborhood.

Judy wrote many other books including- Deenie, Forever, Are You There God? It's Me, Margaret, Tales of a Fourth Grade Nothing, Blubber and so on. Later she wrote an adult novel named, Smart Women which helped her to earn much of the fame. Furthermore, her another work include Just as Long as We're Together, Here's to You, Rachel Robinson.

Moreover, her censor books were listed as top 100 most frequent challenged books from the decade 1990-1999. In 2012 she published and produced a short film, Tiger Eyes, and Unlikely Event, a novel in 2015. Furthermore, her books made sales of more than 85 million copies.

Judy married her first husband, John M. Blume on 15th August 1959 when she was in her college. The couple first met while Judy was a student at New York University. After their marriage, John became a lawyer, and Judy was only limited to the house.

They together have two children, Randy (a therapist) and Lawrence Andrew (a filmmaker). Her son Randy is married and has a child, Elliot Blume-Pickle. Moreover, in 1976 Judy and John separated, and the reason behind the divorce was that Judy felt suffocated in the relation.

Furthermore, after the separation from her first husband, she then married Thomas A. Kitchen in 1976 and moved to New Mexico for Thomas's work. Judy also couldn't cope with her second husband and divorced in 1978.

After the two unhappy marriage, she did not loose hope. She married for the third time with George Cooper, a former law professor who turned to a non-fiction writer in 1987. Judy has a stepdaughter named, Amanda from her husband's first wife. The couple is still together, and no such news about their separation has surfaced yet.

Judy Blume is carrying her first husband's surname till now. In 2012 she had breast cancer. Blume went through several ultrasounds. She had also been diagnosed with cervical cancer 17 years ago.

Judy was engaged with many organization including- National Coalition Against Censorship and The Kids Fund.

Judy Blume has an estimated net worth of $290 million. She is living a high profile life with her family. She earns much from her books as she sold more than 85 million copies.

Judy married her first husband, John M. Blume on 15th August 1959 when she was in her college. The couple has two childre, Ryan (a therapist) and Lawrence Andrew (a filmmaker). They later separated in 1976.

Second Marriage with Thomas A. Kitchen

Judy again married Thomas A. Kitchen in 1976 after her first divorce and moved to New Mexico for Thomas's work. Judy divorced with him too in 1978.

After two failed marriages, she again tied the knot for the third time with George Cooper, a non-fictional writer in 1987. Thomas has a daughter named, Amanda from his ex-wife.

Randy Blume is the first child of Judy Blume and John M. Blume who is a therapist and is married with a child, Elliot Blume-Pickle

Lawrence Andrew is the second child of Judy Blume and John M. Blume born in 1963. He is an American filmmaker.