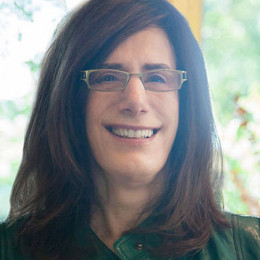 Judy R. Faulkner is a woman who has dedicated her life in the sector of health service. She is founder and CEO of Epic Systems. It is a healthcare software company. It was originally called Human Services Computing. Judy is a self-made woman and has earned the position of "the most powerful woman in healthcare" as per the Forbes in 2013. She is a billionaire and her estimated net worth is in billions.

Judy Faulkner was born Judith "Judy" R. Faulkner on August 1984 in Madison, Wisconsin, the US to Louis and Del Greenfield. She grew up in the Erlton neighborhood of Cherry Hill, New Jersey.

Faulker graduated from Moorestown Friends School in 1961 and earned her bachelor's degree from  Dickinson College. She received her master's degree in computer science from the University of Wisconsin–Madison.

Soon after her graduation, Judy Faulkner started Human Services Computing which later became Epic System. At the first, company was started with the capital of $6000 and later it gets expanded. Faulker and her family owned 43% of Epic System.

Judy is a married woman and she is happily married to Dr. Gordan Faulkner. Her husband also belongs to a medical sector as she is and both of them are contributing their time to health services. She has signed The Giving Pledge.

Faulkner is utilizing her computing skills and knowledge well in the health sector. She is a computer graduate. She has low profile personal life despite being a billionaire and a prominent name is a healthcare. She has been able to maintain a balance between her personal and professional life well.

Judy Faulkner is one of the top 10 richest self-made women in the U.S. She has an estimated net worth of $3.7 billion as of 2018. She is the CEO of computer programmer company, Epic which market value in 2016 was $2.5 billion. The company has 9,000 employees.

Gordon Faulkner is a doctor by profession. Judy and Gordon are happy married couple. They have been soul mates to each other in true sense.