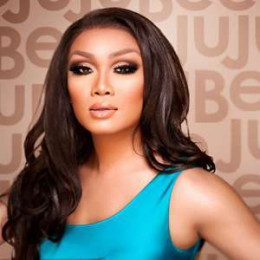 An American drag queen and reality television personality, Jujubee is best known as a contestant on RuPaul's All Stars Drag Race. He is of Laotian descent. At the age of 25, he appeared on RuPaul's Drag Race . He was also nominated for a 2010 New Now Next Award for "Most Addictive Reality Star." Jujubee later appeared in the music video "Queen" by Mimi Imfurst's band Xelle, along with other RuPaul's Drag Race contestants.

He appeared in the music video for RuPaul's song "Jealous of My Boogie".He is a fan-favorite and is remembered for her true friendship with fellow Season 2 queen, Raven.He and Pandora Boxx both appeared on the 2010 Logo TV program RuPaul's Drag U. Jujubee was criticised for having too much of an over-the-top performance in the shooting of the music video.He has not disclosed any information about his personal life.